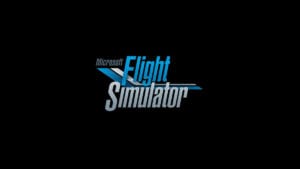 Microsoft Flight Simulator newest game in the franchise comes out on August 18th, 2020. You take flight as you go across the world visiting thousands of airports, cities, historic landmarks, and more. The game has been built to replicate how the Earth truly looks from the air. As your skill is recognized, you will be able to to take on more types of planes and jets. The newest title also has weather and wind speed that replicate what a pilot might have to go through. You can play with others through a variety of modes. Either play with smaller groups of friends or a large amount of people. Fly across the world, while hanging out with others doing their own flight missions. Microsoft is even bringing VR to the game. MS Flight Simulator is a great series, but like many online games, it can be ruined by lag. Nothing is worse than the laggy game play causing you to crash on the runway. Part of this lag is due to server, but the rest is caused by your own connection to the game. We will provide suggestions for PC.

How to Fix Lag Spikes in Microsoft Flight Simulator

Here is the quickest way to improve Microsoft Flight Simulator lag on PC with a VPN.

Why Does Microsoft Flight Simulator Lag?

The popularity of MS Flight Simulator is both a blessing and a curse. As we mentioned, you will playing with other players with differing Internet connection speeds. If you have performance issues when using the Internet in general then you can expect lag spikes when playing Microsoft Flight Simulator. The two main considerations for lag are your Internet speed and hardware. PC gamers will want to focus on CPU, memory, and graphics card. Everyone needs a fast Internet connection.

PC users will want to start off by checking your system. We will go into more details about the hardware you need later in the post. For now, you will want to make sure your computer is running properly. You will also want to see if any of your apps is slowing down your PC. Many anti-virus programs do this in the background. After this, I would recommend connect to your internet via LAN cable rather than WiFi. It will give you a more reliable and faster connection. You can check out their Twitter for updates about Microsoft Flight Simulator

Asobo Studio is going to use Microsoft Azure to host the game online modes. This is great as ExpressVPN has many locations close to the servers the game will use. Based on this and other games we can recommend specific VPN servers locations based on the region you wish to play in.

How to Play Microsoft Flight Simulator with ExpressVPN