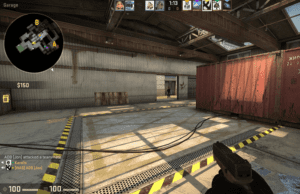 Counter-Strike: Global Offensive is a competitive online FPS. The old game has a thriving community with new content always being added. The game was created in 2012 and is one of the most popular on Steam. CSGO is a very fun to play, but lag could make it less enjoyable. While some of this is caused by the game server, the rest is actually a result of your own connection to the game server. In this post we will teach you how to fix lag with a VPN. We will provide suggestions for PC, Mac, Linux, PS3, and Xbox 360.

How to Fix Lag Spikes in CSGO

Here is the quickest way to improve Counter-Strike: Global Offensive lag on PC, Mac, or Linux with a VPN.

Want to fix lag spikes on PS3 or Xbox 360? If so follow these instructions.

Why Does Counter-Strike: Global Offensive Lag?

The popularity of Counter-Strike: Global Offensive is both a blessing and a curse. As we mentioned, you will compete against other players with differing Internet connection speeds. If you have performance issues when using the Internet in general then you can expect lag spikes when playing CSGO. The two main considerations for lag are your Internet speed and hardware. PC gamers will want to focus on CPU, memory, and graphics card. Everyone needs a fast Internet connection.

Valve has not published the locations of the game servers, but a user on Steam forum found the server locations. Based on this and other games we can recommend specific VPN servers locations based on the region you wish to play in.

How to Play Counter-Strike: Global Offensive with ExpressVPN